Originally consisting of approximately ninety individual rooms, this privately owned and operated nursing home on the Mornington Peninsula was extended by a further thirty rooms. The brief was to cater for the ageing population of peninsula residents, and to create a high quality of living that is rarely seen with nursing homes.

The design has been inspired by the architecture of “Joseph Eichler” whose design philosophy was built on light and volume of space, and who was an important figure that brought contemporary design into subdivision housing into post war America. The nursing home features a series of Eichler forms with natural finishes, utilising stone and timber inside and out and light filled open spaces.

Designed with a focus on communal activities, mental and physical stimulation and to promote family time with members able to spend better quality time with loved ones through large communal areas, outdoor spaces and high quality amenities.

Whilst many more nursing homes have now followed on the Mornington Peninsula, Somercare was a new typology at the time of its proposal. The nursing home has helped promote the growth over the last 15 years into a focal point on the peninsula, an area that was once largely rural with a small town centre.

This award winning project is now to be complemented by the Somerville Retirement Village. 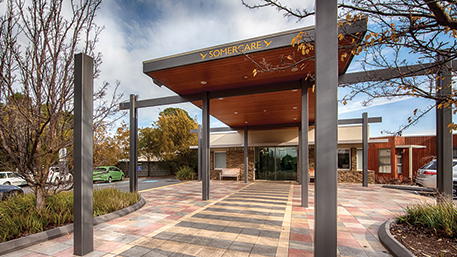 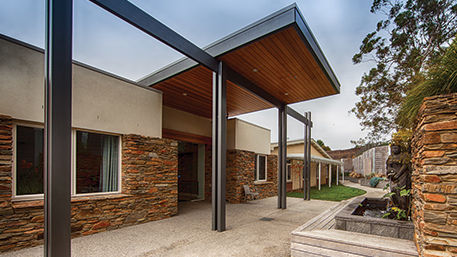 The nursing home features a series of Eichler forms with natural finishes, utilising stone and timber inside and out and light filled open spaces. 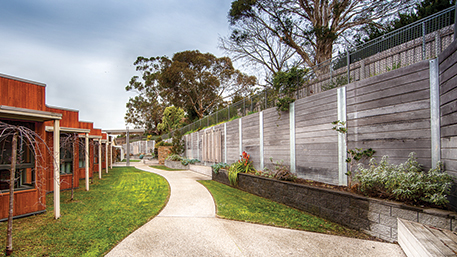 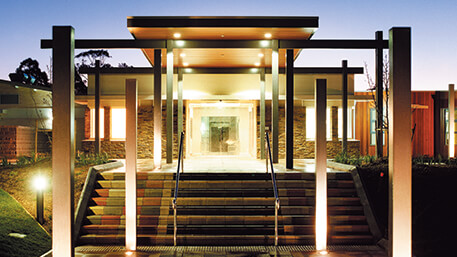